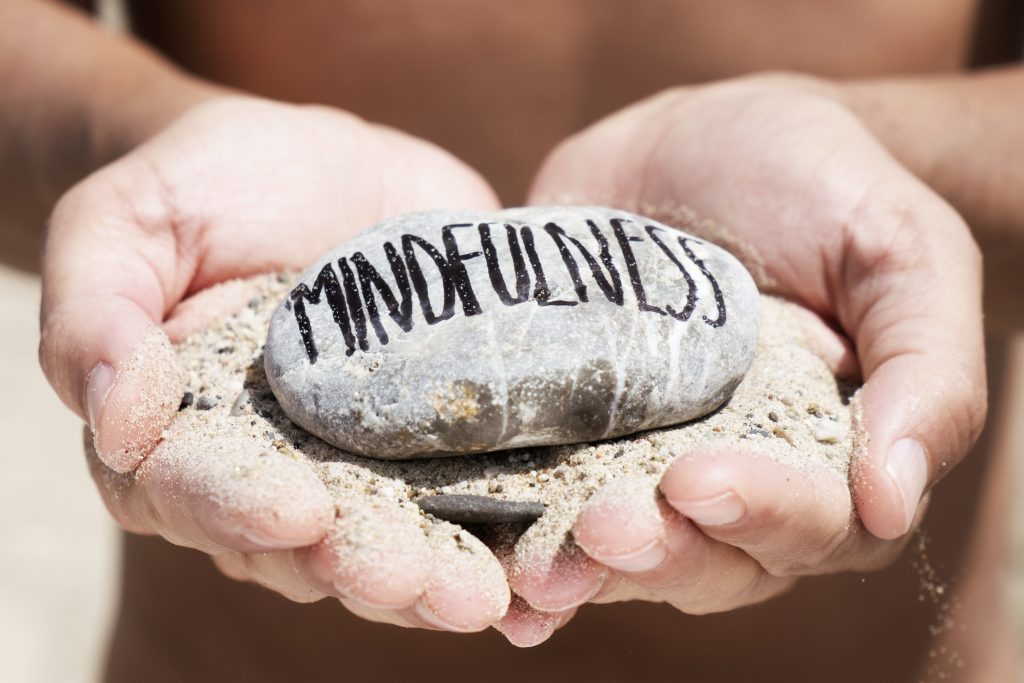 “Mindfulness practice means that we commit fully in each moment to be present; inviting ourselves to interface with this moment in full awareness, with the intention to embody as best we can an orientation of calmness, mindfulness, and equanimity right here and right now.”
― Jon Kabat-Zinn, Wherever You Go, There You Are: Mindfulness Meditation in Everyday Life

Mindful awareness allows us to observe our thoughts, feelings and behaviors and is an invitation to be fully present with our experiences. Mindfulness works hand in hand with acceptance and surrender. One of the biggest benefits that I have seen with my clients is that they feel empowered as they are able to become aware of their life, and make choices that benefit their healing as they learn to accept struggle and life experiences.

Benefits for mindfulness can include:

Mindfulness/meditation are evidence-based practices that have been highly successful in assisting individuals with their recovery. Mindfulness can assist your mind to cope with anxiety, feelings of sadness, stress, pain and learn ways to cope with life stressors in a healthy way.

“You can’t stop the waves, but you can learn to surf.” Jon Kabat-Zinn

How does mindfulness
counseling work?

Mindfulness counseling creates a calm, intimate environment in which to develop the habit and skill of mindfulness. “Mindfulness” is deliberate, non-judgmental awareness of one’s thoughts, attitudes, and environment. A qualified mindfulness counselor or coach can help you cultivate and practice this skill to restore peace to your life. Mindfulness-based therapy has been proven to be effective in reducing stress, anxiety, and depression. There are several strategies that a mindfulness coach might use, including yoga, meditation, breathing exercises, and counseling in both one-on-one and group settings.

Life today is fraught with anxiety. From the pressures of everyday life to the constant barrage of digital stimuli, we are faced with ever-increasing demands on our time, attention, and emotional resources. According to the National Institute of Mental Health, 23.4% of females and 14.3% of males in the U.S. reported anxiety disorders in the past year, and 31% of American adults experience anxiety disorders at some point during their lives.

Mindfulness counseling provides hope for those struggling with anxiety. A mindfulness counselor can help you create a strategy not only to cope with anxiety, but to order your thoughts and attention to reduce and minimize it. At Heart and Soul Wellness, our professional staff can provide you the resources and support to overcome anxiety and restore calm and focus to your life.

According to the World Health Organization, over 17 million Americans suffer from depression, the most common mental illness in the world. There are many factors that contribute to the prevalence of depression, including addiction, abuse, trauma, and illness. Depression varies in severity and may manifest itself in a variety of symptoms, such as fatigue, sadness, and apathy, among others. Those affected by depression may have difficulty focusing, performing at work, maintaining relationships, and simply enjoying life.

What’s the difference between meditation and mindfulness?

The best way to distinguish “mindfulness” from “meditation,” might be to describe mindfulness as a mental state, and meditation as a behavioral technique. Mindfulness is a state of open, curious, and non-judgmental attention to one’s body, thoughts, and environment. Meditation, the practice of deliberate, purposeful thought, is one of many methods to attain a state of mindfulness. Other techniques for achieving mindfulness might include counseling, breathing exercises, thought experiments, and more. The counseling staff at Heart and Soul Wellness are trained in a variety of techniques to help participants on their mindfulness journey.

How to get started

Are you ready to begin your mindfulness journey? Contact Heart and Soul Wellness today to see how mindfulness counseling can help restore peace, calm, and focus to your life.